The story of downtown Chicago’s Palmer House Hilton is one of romance and undeniable charm. Potter Palmer was a Chicago business magnate well known for a variety of endeavors, including his significant role in the development of downtown Chicago’s iconic State Street. Bertha Honore, 23 years Potter’s junior, was a wealthy socialite who also had a drive to learn and succeed.

An introduction by Potter’s former business partner, Marshall Field, sparked a romance—and eventual engagement—between Potter and Bertha that led to perhaps one of the most extravagant wedding gifts of all time – Palmer House. It was a grand Chicago Hotel—one destined to take its place among the most luxurious hotels in Chicago and beyond.

However, only 13 days after its grand opening, the Palmer House fell victim to the Great Chicago Fire. But that didn’t deter Potter. Determined to rebuild his hotel, Potter secured a $1.7 million loan–negotiated on his signature alone. On November 8, 1873, the new Palmer House welcomed its first guests, marking the opening of what would become the nation’s longest continually operating hotel.

By the turn of the century, the Palmer House had become Chicago’s liveliest social center, hosting a long list of prominent figures—including those ranging from U.S. presidents to Charles Dickens to Oscar Wilde. In 1933, the Golden Empire Dining Room of Palmer House was converted into an entertainment epicenter. It hosted legendary entertainers, including Frank Sinatra, Judy Garland, Ella Fitzgerald, Harry Belafonte, Louis Armstrong, and Liberace.

In recent years the historic Chicago hotel, Palmer House has undergone a $215 million renovation to ensure that it includes all of the conveniences and comforts our 21st century guests expect while also preserving our significant history. 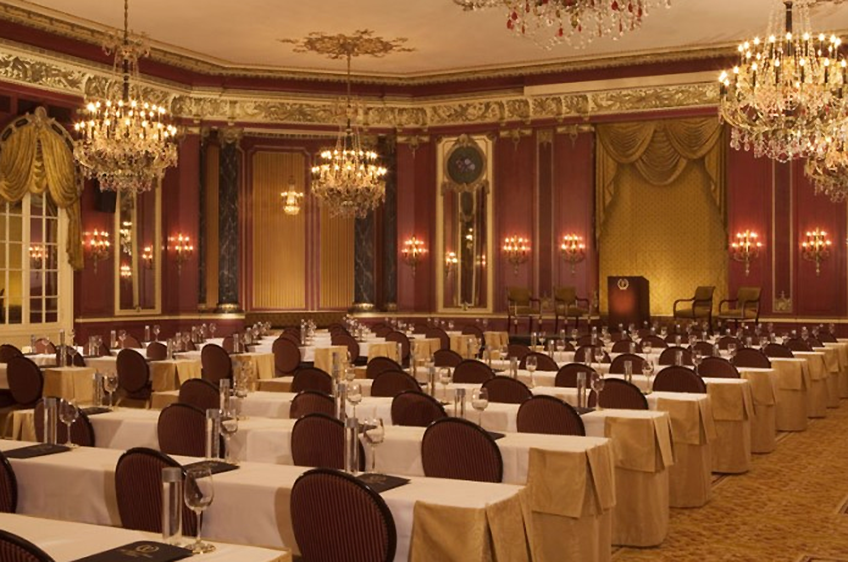 The Palmer House Hilton features over 130,000 square feet of meeting space. From the famed Empire Room to the Grand Ballroom, to smaller salon settings, the venue offers historical distinction, and the technology, conveniences and customized support planners require. There are 7 ballrooms accommodating up to 1,653 guests, 77 breakout rooms, 16,909 square feet of Exhibit Hall and 11 well-appointed hospitality suites.  Self-service Connectivity Station with complimentary Apple and IBM computer and printer use as well as complimentary high-speed Internet access is available. 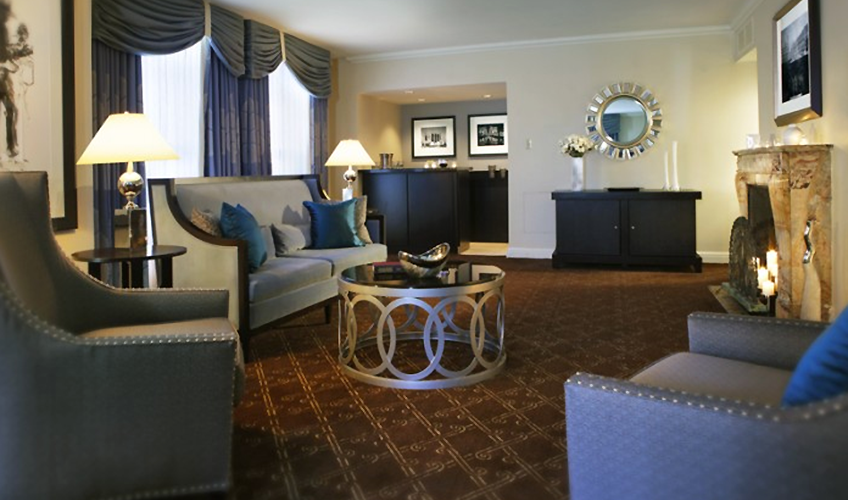 Photographs courtesy of the hotel.